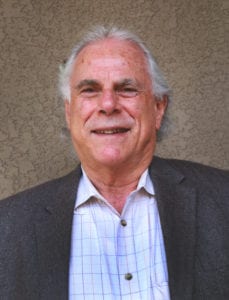 Boasting more than 30 years experience and with hundreds of projects under his belt, Ron Lieberman’s distinction as one of the country’s leading interior designers is well deserved.

A graduate of the Chanard Art Institute in Los Angeles, Ron began his career working for the Albert Parvin Company, one of the most sought after interior design firms of its day. Ron’s next move landed him at Yates-Silverman, the design powerhouse behind major hotels and casinos in Las Vegas, including New York New York, Luxor and Circus Circus.

In 1971 Ron joined Associated Hosts, Inc. as Vice President in charge of architecture, design and construction. During his 12-year affiliation with the publicly held company, Ron was credited with several groundbreaking concepts, most notably the highly acclaimed Bombay Bicycle Club Café and Bar.

Armed with a wealth of knowledge about commercial design, Ron founded Design Development in 1983, specializing in new restaurant design, renovations, remodeling and conversions.

Ron’s creative vision combined with his strong managerial skills has helped Design Development to triple in size since its inception and catapulted the company to a ranking among the Top 20 Design Companies in the country.

"Design Development Company will provide your guests an experience that is so unusual and unique yet feels so familiar at the same time; giving them the opportunity to enjoy their experience comfortably in a special, wonderful environment"